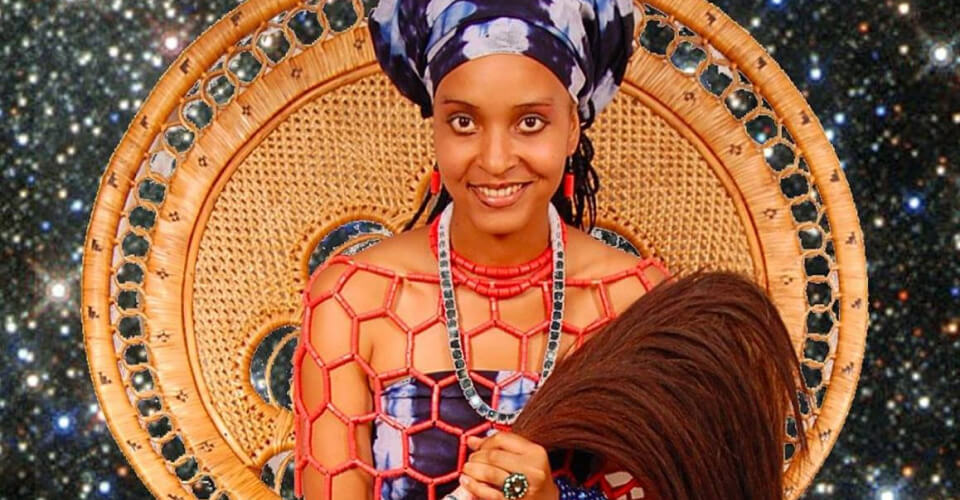 Violaine is based between France and Cameroon. She studied art history and archeology at the Sorbonne, before starting an artistic training at the Villa Arson (Nice) which she continued and finished in La Cambre (Brussels). She directed a first autobiographical documentary « To the West » in which she goes in search of the tomb of her father buried in western Cameroon, a film in which she shares her initiation to dialogue with the ancestors. A multidisciplinary artist, she is interested in the art of healing through different mediums, including film and performance.

She is currently making a documentary about Pierre Capelle, an old French healer from the Lot Valley who induces trance by putting people in contact with the trees of his garden.

Artistic director of the Yoké collective, she organizes workshops, exhibitions, and cultural events. Curator within the Nyege Nyege collective, she participates in the dance and performance programming of the festival. She makes video clips with Cameroonian artists and encourages collaborations with other independent African Festivals such as Kinact (DRC), Modaperf (Cameroon), Balabal’art (Congo Brazzaville).