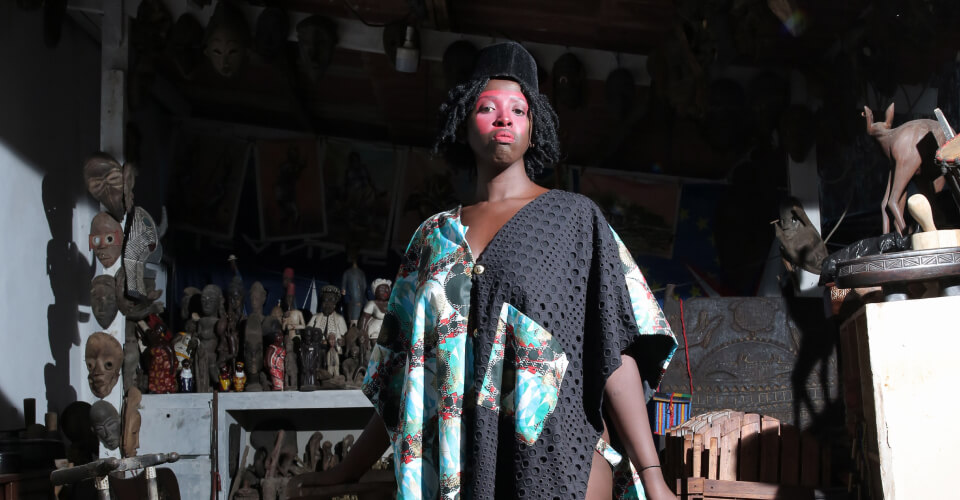 Natacha MUZIRAMAKENGA also known by her artist’s name Miziguruka is a multidisciplinary artist. She has worked for 15 years as a poet, performer, actress, director and translator.

Recurring themes in her work are resilience, the female body, female freedoms, memory and transmission.

Her performances combine poetry with a deejay set and live music and fire spinning.

As an actress she has featured in films such as “Neptune Frost” by Saul Williams an Anisia Uzeyman, “Petit Pays” of Eric Barbier, “Grey Matter” by Kivu Ruhorahoza, “ “ A Sunday in Kigali” by Robert Favreau.

Natacha’s work as an author was published in Wasafari magazine on November 18, 2020 and in 2019 in a collective work “Au dessous des Volcans” published by Sepia.

She contributed both as a writer and a performer to the play “Learning Feminism from Rwanda” which is touring all over Germany and Switzerland with the Flinn Works company between 2020 and 2021.

Miziguruka’s latest performances where presented in Berlin “Frequencies Festival” organized by Goethe Institut in May 2022.