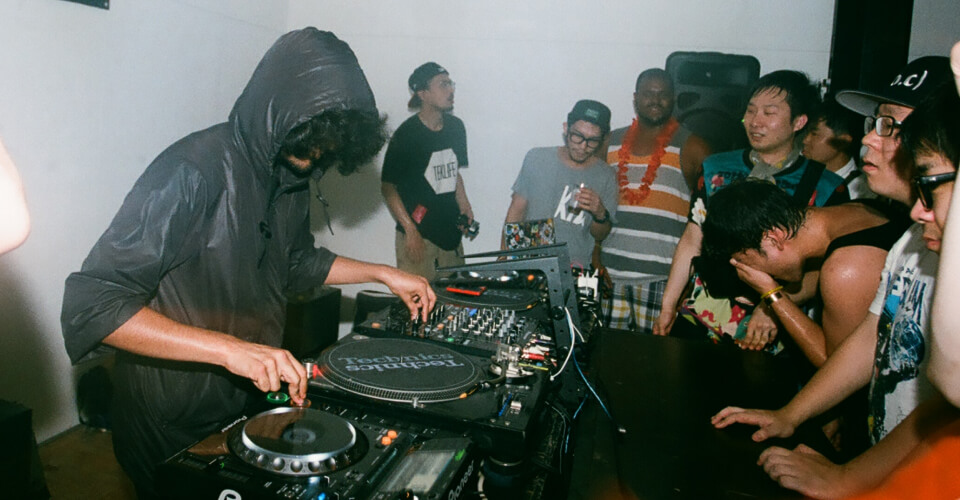 DJ Paypal is one of footwork’s most fascinating figures. His playful moniker and internet-savvy branding hint at a healthy sense of humour, but his music is as lush and soulful as his peers in Teklife, a crew he is a part of, founded by DJ Rashad (RIP) and DJ Spinn. In his internet-heavy releases such as the 30 Drake Edits compilation, his Buy Now EP on LuckyMe, several collaborative and single track releases on Hyperdub and Teklife, Paypal’s discography approaches footwork from all sorts of angles – disco, juke, grooves on blast beat. As the founder of Mall Music Inc, the label home to peers like DJ Orange Julius and DJ Mastercard, he’s outlined a sound laden with a polyurethane glaze and a futuristic approach.

All of these factors come into play for his critically-acclaimed Sold Out release, his debut for Brainfeeder and a record that takes him beyond the pale of footwork into something all his own. Sold Out is a showcase for everything Paypal can do at 160 BPM, and it taps into the deep lineage of soul, hip-hop and jazz that defines the Brainfeeder catalogue. His take on Juke and Footwork is kaleidoscopic and vivid, expanding on the Teklife template for a sound that looks backwards and forwards in equal measure.

Following the huge success of the release, 2016 saw Paypal touring extensively throughout the world, from Europe to Asia to America, including performances at several high profile festivals as well club events such as MoMA PS1, Low End Theory, Roskilde Festival, and Dour Festival to just name a few. Paypal’s sets are bombastic, fusing music from himself and his crews through quick blends, full of an intense high-energy – a heavyweight psychedelic club workout-plan.bio