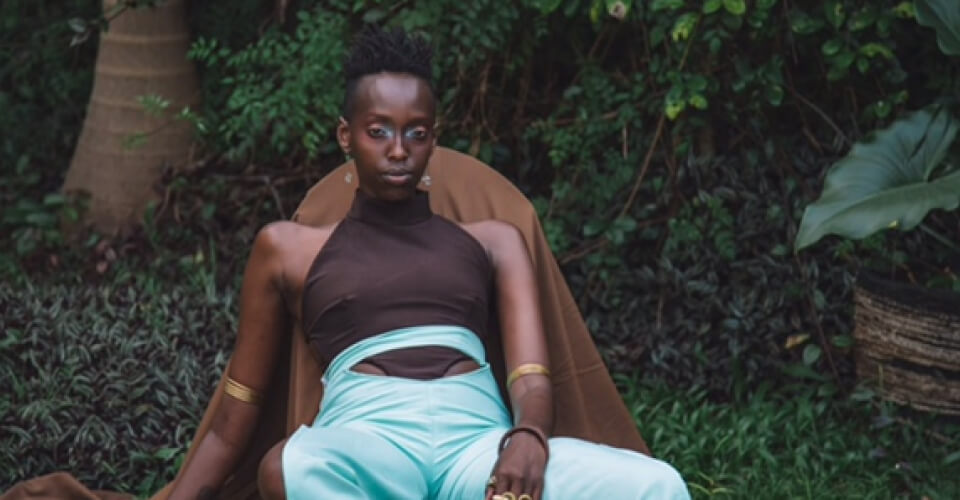 SHEJA CHERYL also known as Binghi is a Rwandan singer/songwriter, actress,  spoken word artist, music producer and dj since 2017. She also experiments with audio visual installation and exhibitions. Born on the 7th of may 1995, she currently resides in Kigali, Rwanda.

Starting 2011 as a Neo soul singer, she has been doing live shows in different places and spaces in Kigali also collaborating with different bands and musicians based in Kigali/Rwanda, as well as touring artists and performers.

From 2018, she is a self-taught music producer, specifically exploring experimental music/electronic/deepTechno, Spiritual drum patterns and is also a dj.

She is currently experimenting with visual art, and has directed 3 audio visuals, one which she exhibited in her very first solo art exhibition in Novembre numerique.

She has been invited to perform for the Biennale de Dakar for the 23rd of may 2022 and in which she also played with the Nyege Nyege collective. Later on in June, she was invited to play during la fete de la musique in Paris.

She continues to produce music and audio visuals and is a member of disco titties. She is currently working on the fragma project which is an audio visual experience all produced in Rwanda.