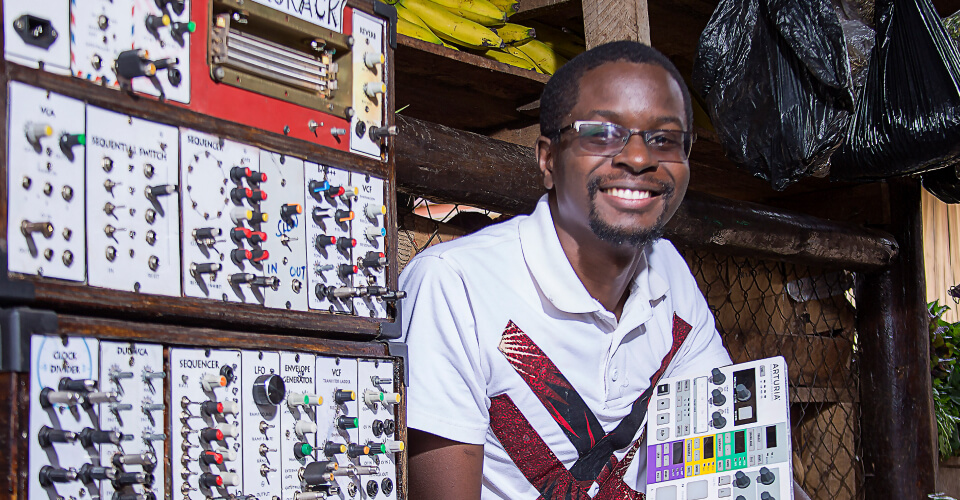 Bamanya Brian is an experimental multidisciplinary artist from Uganda and performs and records under the name Afrorack. He is one of the people pioneering the making of electronic music instruments in Africa. He has always found fascination in tinkering with electronics, building circuits, hacking devices and messing around with microcontrollers. He has done projects in sound art, electronics, radio, space, electronic music, experimental visuals, renewable energy and kinetic sculptures.

Some of his work has gained attention from major international companies like Korg, Behringer and Arturia among others and he has done projects with some of them. He has appeared at several local and international festivals which include Atlas Electronic in Morocco, Nyege Nyege in Uganda, CTM Festival in Germany and Dakar Art Biennale in Senegal.

He has also appeared as a speaker at several international conferences like Africa Synthesized 2020 organized by African Institute of Music and Innovation and Bowed Electronics organized University of Cape Town.

Brian has released his debut self-titled album on Hakuna Kulala, one of the music labels under the Nyege Nyege festival-Uganda.